What does terminology have to do with knowledge management, semantic web or AI? Metadata is an important basis for semantic search and modern AI applications, as well as with regard to Industry 4.0 and IoT (Internet of Things). They in turn are closely linked to knowledge systems and controlled vocabularies such as taxonomies and thesauri. Ontologies and knowledge graphs also don’t work without proper terminology.

In contrast to conventional terminology databases, knowledge systems are more or less structured collections of terms (controlled vocabularies, taxonomies) and concepts (thesaurus, ontology). And while they may appear different at first glance, a closer look reveals numerous similarities and, in particular, synergies. Knowledge-based terminology database systems such as Coreon, MultiTerm Worfklow and LookUp, which are technically capable of mapping relationships between the concepts they contain, form the bridge between the two worlds. For this reason, they can also be considered to be knowledge orders. Making data from terminology databases usable for taxonomies and ontologies is currently still a major challenge.

Controlled vocabularies in various forms are a representation of organizational structures with different goals. We encounter them unknowingly in many day-to-day situations: from simple drop-down menus to catalogue structures, navigation structures on the Intranet and Internet, subject catalogues and indices, etc. The layout of a supermarket and its grouping of goods is usually based on a structure that can be represented by a taxonomy.

Ontologies, which in their core structure are based on a taxonomy, are the most complex form of such a structure. They are the intelligence of the Semantic Web and form a defined system of concepts as well as the relationships between these concepts to describe complex knowledge domains. Description logic mechanisms are used to draw conclusions from ontologies in order to make knowledge explicit and usable.

In summary, it can be said that taxonomies such as ontologies organize knowledge or support the processing of information and knowledge in such a way that it is easier to find for users and thus easier for them to access and use. In AI applications such as chatbots, ontologies enable you to support the conversation.

Terminology for Ontologies and Knowledge Graphs

Leverage your terminology assets for semantic search and other ontology-based applications. You either build up terminology collections from scratch for the purpose of semantic search, or you expand the terminology work already used for other applications even more specifically as needed, e.g. by adding synonyms and labeling these terms accordingly so that they can be easily exported updated at any time at the push of a button.

Creation of Taxonomies and Thesauri

You want to improve the the semantic search, possibly also the multilingual search, in an application by using a SKOS-based thesaurus. We agree on term candidates obtained through corpus analysis with your internal subject matter experts and, if desired, compile them into a thesaurus using Vocbench, the thesaurus and ontology tool we employ. Oder Sie benötigen eine Taxonomie zur Klassifizierung von Informationen, für die Vergabe von Metadaten z. B. in Ihrem Redaktionssystem oder Sharepoint, oder zum Aufbau einer Ontologie. We are pleased to support you in the creation of a taxonomy suitable for your purposes.

Card Sorting is a method that allows you to check, among other things, whether the navigation structure of an application is user-friendly and understandable. With the help of cards, users develop a structure that is understandable and makes sense from their point of view. To do this, we first prepare cards that outline the most important contents of an application.

Optimizing the search query
for a document search engine

Ontologies are indeed trendy, but are they always the right means to an end? More economical in terms of creation costs, but no less helpful, a SKOS-based, multilingual thesaurus may very well serve in optimizing search queries and contribute to improving search results. On the way to creating a thesaurus, semi-automated methods such as terminology extraction and corpus analysis are essential. Nevertheless, subject matter experts still play a major role in the final decision for the right terms. 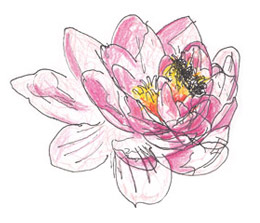 In order to use existing terminology collections for semantic search, they must be enriched with appropriate information so that only those entries that are useful for the semantic search are read out. With the rise of English as a corporate language, many documents are now only available in English and some also in German. In order to support non-native speakers in particular in searching for existing documents, bilingual or even multilingual terminology databases can be usefully employed for knowledge management.